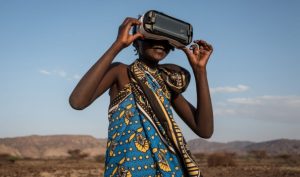 International charity Oxfam is leveraging new technologies to spread the word about crises happening around the globe, as well as exploring the use of 3D printing, drones and internet of things sensors as new ways of delivering aid and solving problems in the developing world.

On Tuesday, Oxfam is set to launch a virtual reality film called Evelyn’s Story, allowing viewers to experience the arduous journey of an 11-year-old Kenyan girl searching for water in the drought-ridden Turkana county.

When Oxfam filmed the short film (which was made in conjunction with the Sydney-based production company Flimgraphics and Alt VFX), the young girl’s family could only get access to clean water for about two hours every eight days, so were often forced to risk diseases such as diarrhoea and cholera, using whatever they could find.

Oxfam Australia director of public engagement, Pam Anders, told The Australian Financial Review it was the first time it had used virtual reality, but if it goes well it will continue to use them to help show what it is trying to achieve.

Originally published on the Financial Review