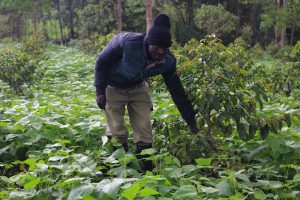 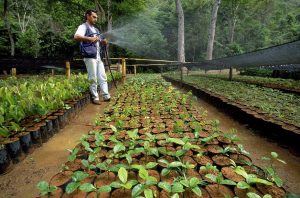 Crops that don’t need to be planted every year can reduce soil erosion and nutrient runoff, but currently have lower yields. These researchers and businesses are working to fix that.

In 2000, noted crop breeder Stan Cox was weary of the Sisyphean task of incorporating new disease resistance traits into wheat varieties. Fumbling to explain his malaise to a colleague, he recalls typing, “Don’t worry, I’m not going to do something crazy like work for the Land Institute.”

At the time, the Land Institute — a nonprofit that develops alternative farming practices they hope will displace destructive, industrial monocultures — was pursuing what many considered a quixotic endeavor: working with wild plants to create perennial varieties of wheat, legumes or sorghum. Such perennial crops could be harvested for multiple years without the need to cultivate the soil. By maintaining root systems year-round, there would be less soil erosion, more soil carbon and less fertilizer making its way into waterways— a problem that leads to harmful algal blooms and coastal dead zones.

Thirty seconds later, Cox deleted that sentence and instead wrote an email to Land Institute founder Wes Jackson, asking if he had any open positions.

“There was a time in the 1980s, when these efforts were in their infancy, that a lot of seasoned agronomists rejected the idea outright,” says Tim Crews, the Land Institute’s research director. Why, the thinking went, would anyone essentially start over at the dawn of agriculture to create perennial varieties of conventional crops using wild material — especially when it would take decades to match modern yields? Crews, rather, turns that on its head and questions the destructive impact of modern food production instead. 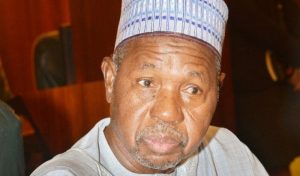 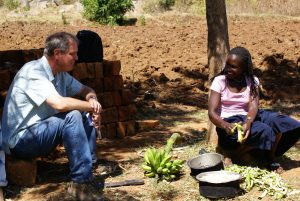 Rare is the map that would label the stretch of Interstate 80 running through Iowa as a “scenic route.”  To most drivers, it is a straight, flat, smooth track to test speed limits and challenge radar devices; for many passengers, it is a time to nod off.

But, really, cruising down I-80 in the summer is one of the most wondrous, and paradoxical, drives in the country.

It can be a journey of inspiration, traveling over the rich soil, past the verdant fields of corn and soybeans and all manner of crops and livestock. The drive provides abundant time to admire the work of the state’s farmers, scientists, researchers and advocates who share a hunger-fighting kinship with Norman Borlaug, the Iowan whose leadership of the Green Revolution earned him the Nobel Peace Prize.

But it is also a journey of outrage. For who can look out the window and not wonder: my goodness, all this bounty and we still have hunger and malnutrition in the 21st century? How can one in every four children under five years old in our world today be stunted? How can one in six children in our own communities live in food insecure households, with families struggling to provide three sufficiently nutritious meals a day?

I have traversed this trail of irony often,  first as a student at the University of Iowa, and then as a journalist, having visited the farms and the agriculture labs – as well as the soup kitchens and food pantries – of this state and the Midwest. Every exit through the cornfields reveals something new about our great challenge to nourish the world.

Particularly memorable have been the journeys to the World Food Prize festivities, where the annual Borlaug Dialogue celebrates advances and examines setbacks in the global fight against hunger. And there was the reporting trip that took me to a food pantry in a church hall. The food was arranged on shelves, like a grocery store. The signs on the shelves weren’t prices but rather instructions on how many items each food pantry patron could take. I squeezed my eyes tight to hold back tears as a mother and her children discussed their choices.  A loaf of bread or a box of pasta. Peanut butter or jelly. A can of corn or a bag of rice. Such heartbreaking decisions, in the world’s breadbasket.

Though his business card says Director of Forest Carbon Science at The Nature Conservancy, Bronson Griscom introduces himself as an ecological accountant. Griscom radiates an optimism somewhat rare in seasoned environmentalists, especially when he discusses the “carbon economy” of nature: the everyday role that trees, grasslands and coastal habitats play in the carbon cycle. Griscom can measure the carbon impact of logging in old growth forests, or how well different forest ecosystems work as sinks for absorbing and storing carbon from the atmosphere. He helps link our economy with the economy of the biosphere.

In recent decades, forest use—Griscom’s area of expertise—has been widely studied for its climate impacts. Forest loss accounts for 8 to 10 percent of carbon emissions globally; tropical rainforests like the Amazon have become almost synonymous with land conservation, largely because they work as massive carbon sinks and are home to many of the world’s indigenous people and endangered species.

But other global ecosystems and managed lands—from farmlands and peatlands to seagrass and tidal marshes—have garnered less attention from climate regulators, both as a source of emissions and a potential mitigation solution. In fact, until recently no one had ever integrated the raw data on all the carbon that all ecosystems were already sequestering, and what the potential was for increasing carbon storage among all these habitats together, as Griscom and his team studied.

“I thought we would review a few papers and take an average to answer the question,” he says. “We were shocked to find that important gaps remained in answering the question: how much can lands contribute to solving climate change? So we took it upon ourselves to convene a large group of scientists across 15 research institutions to take a comprehensive look at this question.”

Answering that question became the highest priority for Bronson’s team, and the foundation for what has become the most comprehensive study on the role that nature can play in keeping global temperature increases to 2°C or below. They found that, with the right management, nature can play a bigger role than we realized.