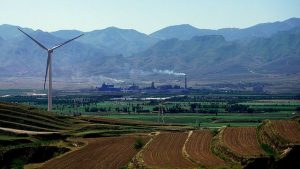 In his address to the World Economic Forum, Chinese President Xi showed China’s willingness to step into a growing global leadership role, including on climate change. Xi called for all countries to hold fast to the hard-won Paris Agreement, saying “walking away” from the pact would threaten future generations, and that green development is already showing promising results. This was a continuation of the stance China took during the climate talks in Marrakech, Morocco last year, where the country indicated its intent to advance ambitious climate action.

Coal consumption in China likely peaked in 2013, according to the International Energy Agency (IEA). Moreover, global energy-related carbon dioxide emissions have stayed nearly flat since 2013, due in large part to China’s decreasing reliance on coal. 2015 was the first time China’s CO2 emissions decreased in the last 15 years, while renewable energy capacity has increased significantly over the past three years.