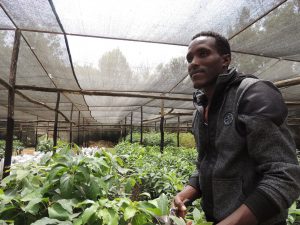 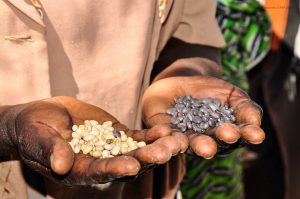 Less than a year after supplying farmers with legume seeds and fertilizer tree seedlings, the Legume CHOICE project team caught up with farmers and traders in Kisii and Migori counties of Kenya. The farmers were already enjoying the benefits and were keen to scale up.

Legume crops like beans and peas (known collectively as pulses when dry) are a versatile and affordable source of protein and other important nutrients. A mainstay of vegetarian diets, legumes play a critical role in meeting the protein needs of people who cannot access animal proteins such as meat and eggs.

The Legume CHOICE project is supplying farmers with their choice of seeds of beans and other legumes, which they grow for home consumption and sale. In addition, the farmers receive advice on how to grow the legumes and on better land management, part of which is growing useful trees and shrubs. In this way, the project aims to fully realise the potential of legumes to improve diets and livelihoods of people practicing mixed crop-livestock farming in East & Central Africa.  It is currently active in Kenya, Ethiopia, and the Democratic Republic of Congo (DR Congo). 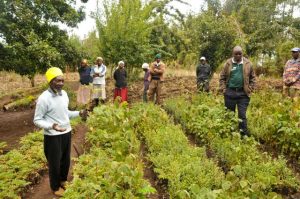 Kenya announced on September 8th that it will restore 5.1 million hectares (12.6 million acres) of degraded land, an area roughly the size of Denmark, to more productive use. The move is poised to improve livelihoods, curb climate change, safeguard biodiversity and more.

As a result of poor land use, including overcultivation and overgrazing, Kenya has been quickly losing land todesertification. The drylands that make up much of the country are particularly susceptible.

Kenya’s restoration plan is not only notable because it will reverse some of this degradation, but because of how the country set its international target.

The development of this map goes beyond spurring the commitment—it will help government, civil society and business leaders ascertain how they will achieve it. Local leaders can use the map to identify restoration activities, which could involve everything from planting trees alongside crops to reforesting clear-cut forests to adding vegetation along roads. 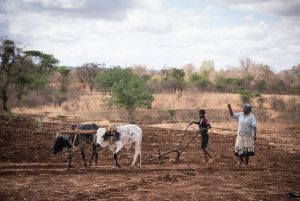 Kenya faces several disparate climate change impacts, such as severe droughts in some areas and extreme floods in other parts. It’s a challenge for the adaptation planners tasked with helping vulnerable communities become more resilient.

WRI held a training in Kenya for members of government agencies, NGOs and the private sector on tools to evaluate, plan for and prioritize adaptation. Phillip Oyoo from CARE International, an adaptation planner who works with local communities in Kenya, was one of those participants. I caught up with him to talk about the challenges he faces in his work, and how he thinks emerging tools can help address Kenya’s climate adaptation challenges. 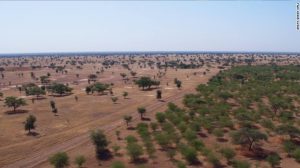