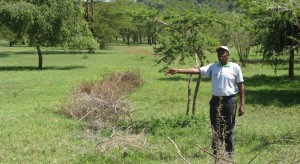 I was recently asked which indigenous, nitrogen fixing tree species should be promoted in Farmer Managed Natural Regeneration (FMNR).

Nobody really knows the relative contribution different tree species make towards soil fertility and crop yield, simply because extensive research has not been done to address this question. In West Africa, nitrogen fixing species such as Faidherbia albida were favored, but it was noticed that even where certain, non-nitrogen fixing tree species (such as Philostigma reticulatum and Guierra senegalensis) were left by farmers and yet crop yields still doubled. Most likely, this wasn’t so much because of biomass production or nitrogen fixation, but because in the dry season they attracted livestock for shade and for fodder, and the livestock fertilized the soil!

In any case, such a narrow focus on one thing – soil fertility – is understandable but in my view misguided. Firstly, Farmer Managed Natural Regeneration has succeeded because the farmer decides which species are important to his/her specific needs, not the project manager or the scientist. This is one major reason why FMNR has spread so fast: it meets the perceived needs of the user, and while soil fertility is definitely a major need, a farmer may choose to leave a specific species for an entirely different reason, including:

One thought on “Who gets to choose tree species on farmland?”