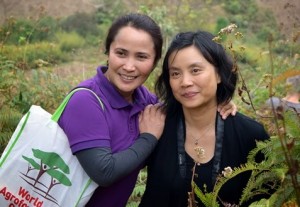 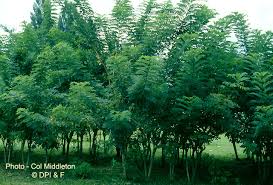 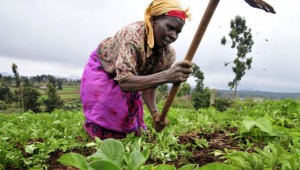 Female-friendly agricultural technologies and innovations are needed to bridge the gender gap in agricultural productivity and food security.

A forum dubbed Empowering women for sustainable natural resource management, which was held in Kenya last month (3 March), noted that there are challenges and opportunities that exist in promoting gender equality in Africa, adding that policy and institutional interventions are needed to enhance women participation in environmental management.

Speakers at the forum said that women find it difficult to apply and use some agricultural technologies and innovations because of their technical and labour-intensive designs, noting that most are geared to commercial farmer and not smallholder farmers, most of whom are women.

“For instance,  the briquette machine that sought to ease women’s energy needs and the MoneyMaker technology for irrigation require a lot of physical strength to use, [thus] disadvantaging women ,” said Annabel Waititu, the executive director of the Institute of Environment and Water Management in Kenya.

Jean Jacob Sahou, the regional development coordinator of the United Nations Environment Programme (UNDP) Africa office in Kenya, said women and children suffer the most from environmental degradation as a result of  their role in day-to-day activities of wood and water collection, food processing as well as from poor agricultural incomes. The forum was organised by the GBM, the African Union Commission and the UNDP.

Addressing the forum from the perspective of a researcher, Mary Njenga, a postdoctoral fellow in bio-energy at the World Agroforestry Centre, Kenya, said researchers need to observe women smallholders on the ground. She adds that researchers could use science and technology to improve what already know, noting that doing so could help women adopt technologies that researchers would create. 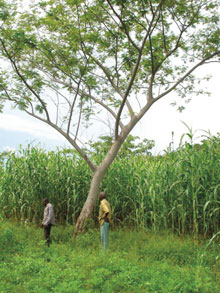 In the Sahel, Acacia albida used to be the best known tree for restoring and enriching agricultural lands, by increasing the soil’s organic matter, nitrogen content and water holding capacity, as well as promoting valuable microbiological activity. But more than ten years ago, farmers discovered new fertiliser tree species to combat soil impoverishment.

In Burkina Faso, Senegal and Togo, species such as Albizia saman (rain tree) or Albizia chevalieri are covering more and more agricultural land, with promising results in terms of soil quality and yield increases.

Political instability, poverty, war, disease and climate change are testing humanity like never before, but in a world beset by rapidly compounding crises, one thing remains constant: People need to eat.

Even as Western industrialized and rapidly developing nations face an epidemic of health problems related to obesity and associated “lifestyle illnesses,” the Food and Agriculture Organization (FAO) of the United Nations reports that approximately one in eight people in developing nations is chronically undernourished. According to a 2014 FAO Hunger Map, that number has fallen by some 100 million in the last decade, but still remains around 805 million worldwide. Progress in fighting malnutrition in Latin American and Southeast Asia is offset by widespread chronic hunger in sub-Saharan Africa (nearly one in four) and Southern Asia (over half a billion).

Despite advances in transportation, technology and increased crop yields, hunger remains at the top of the world’s problems, stubbornly entrenched between conflict and environmental destruction, fueled by soaring populations, climate change and a globalized market that pumps billions into industrialized economies, but leaves behind hungry millions in the developing world.

Against this dark backdrop, however, there is reason not only for hope, but substantive results that illustrate viable means of improving food security. In the battle against global hunger, one of the brightest stories has its roots in the islands of the Pacific.

Breadfruit, a pan-Pacific staple crop first cultivated in New Guinea more than 3,000 years ago, has long provided sustenance to the people of Micronesia, Melanesia and Polynesia. Today, this fast-growing, high-yielding fruit tree (imagine bowling ball-sized green fruits that can be prepared like a potato) is increasingly being propagated vegetatively by cuttings (essentially making botanical clones) and sent to tropical regions where the tree has had limited or no historical use. Introducing breadfruit to new geographic regions has been almost exclusively at the request of people in places where food scarcity, deforestation and other environmental problems are endemic, says Dr. Diane Ragone, director of the Breadfruit Institute in Hawaii. Because the fruit is seedless, she adds, it poses no threat of becoming invasive.

Valued as a hardy, easy-to-plant, beautiful leafy tree, breadfruit’s prolific fruit-bearing quality is augmented by other benefits such as useful wood, leaves and flowers, and its use as an anchor crop in agroforestry and reforestation projects.

One variety in particular, a Samoan cultivar called Ma’afala (ma-ah-fala), has been deemed superior in taste, nutrition and growth habit after years of comparing

different varieties. In Jamaica, for example, when researchers introduced Ma’afala, people were skeptical of the new variety, but found it lighter and more flavorful than the Tahitian variety introduced centuries earlier.

In a 2014 study, researchers in Hawaii and British Columbia found that Ma’afala has higher quality protein than potatoes, wheat, rice, soybean, corn and peas. The fruit is high in carbohydrate energy, low in fat and a good source of fiber, calcium and minerals. And while breadfruit remains relatively unknown outside of the tropics, chefs familiar with its preparation praise it for its taste, versatility and nutritional value.

Breadfruit can be grown in a broad band that runs north and south of the equator through Latin America and the Caribbean, across Africa, Asia, northernmost Australia and the Pacific Islands.

Since 2009, more than 54,000 breadfruit trees have been distributed to 31 countries and territories around the world from Haiti and Honduras to Nigeria, Kenya, Myanmar, Pakistan and throughout Oceania. Scientists at the Breadfruit Institute in Hawaii and the University of British Columbia are partnering with Global Breadfruit, an offshoot of the horticulture firm Cultivaris, and small nonprofits and nongovernmental organizations around the world to propagate, distribute and grow more breadfruit.