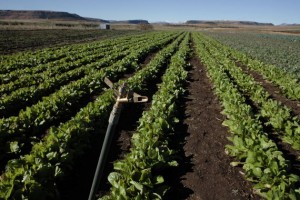 Climate change remains one of the biggest threats to transforming Africa from a continent of poverty to prosperity. Africa’s attractiveness for investors has been on the rise, second only to Asia. Ethiopia, Kenya, Tanzania, Mozambique, Zambia and Cote d’Ivoire are among 22 economies in sub-Saharan Africa that are expected to grow by more than five percent this year. According to Ernst & Young, these trends are driven partly by recent economic growth and gradual diversification out of the oil and gas sectors into consumer-facing industries such as real estate, hospitality and construction. Yet the investment to ensure that all this growth is not undone as climate change tightens its grip on the continent is simply not there.

Temperature rises in Africa are predicted to rise faster and get warmer than any other continent. As mean temperatures exceed 2˚C, losses in the agricultural sector could amount to up to 7 per cent of GDP by 2100. As agriculture still employs 65 per cent of Africa’s labor force and accounts for 32 per cent of gross domestic product, climate change will undeniably limit growth and may jeopardize progress to date.

The current investment climate
Between 2010 and 2050, the annual estimated cost of adaptation to climate change in sub-Saharan Africa is as much as $50 billion for the entire continent. Despite there being around US$25 billion pledged to over 50 climate funds, this is but a drop in the ocean of the amount of resources that are needed. Furthermore, Africa still only receives a small proportion of this financing: between 2003 and 2010, it has received just US$2.3 billion. Nigeria and South Africa are the only African countries that have received support for solar and wind power through the Clean Technology Fund. Just 3 per cent of the funds in the Clean Development Mechanism, that allows countries to invest in emission-reducing projects in other countries instead of making costlier adjustments in their own countries, are going to Africa.