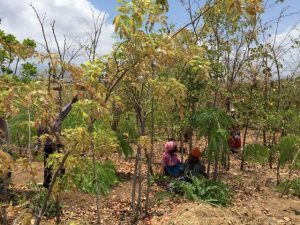 Nearly a year ago, the New York Times ran a devastating story about the deforestation crisis in Malawi and its impact on residents of Lilongwe, Malawi’s capital city. Illegal cutting of nearby forests was causing water shortages and disrupting the city’s hydroelectric power supply, forcing the government to deploy soldiers to protect the forests. The root of this problem was Malawi’s dependence on wood for meeting energy needs―more specifically, charcoal. Nearly 97 percent of Malawian households depend on wood or charcoal for cooking or heating. Even in urban areas, 54 percent of households use charcoal (a product of wood) for cooking. But there are only so many trees.

Malawi is one of the poorest countries in Africa, where electricity is an uncommon luxury and subsistence farming is the norm. With seemingly few options and climate change adding uncertainty, the situation depicted in the New York Times article seemed hopeless. But Malawi’s government has confronted the deforestation crisis boldly, and has taken several critical steps towards a solution.