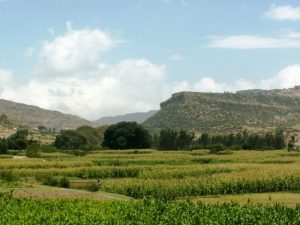 What most people probably don’t know is that Ethiopia has made significant progress during the last 20 years in restoring its degraded lands and improving its food and water security. According to Belgian and Ethiopian researchers,” Northern Ethiopia is now greener than it has ever been during the last 145 years,” and “human investments have overridden the impacts of climate change.”

A new documentary, Ethiopia Rising: Red Terror to Green Revolution, co-funded by WRI and made by award-winning UK filmmaker Mark Dodd, tells the story of how Ethiopia’s people restored vast areas of degraded land to productivity. Their story offers inspiration for other countries facing degraded soils, famine and climate change.