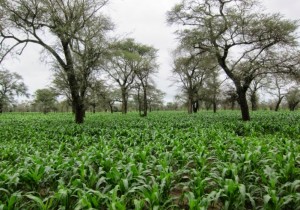 COMESA Ministers discussed the issue at their meeting in Lusaka in February, 2015, and noted the major economic and financial advantages of scaling-up fertilizer tree technologies. Their resolution stated that:

“It is recommended that COMESA strengthen awareness among member countries of the major economic and financial advantages of scaling-up fertilizer tree technologies, and develop an initiative to assist countries to share their experiences in developing input subsidy to sustainability pathways that will significantly enhance the impact and welfare benefits of input subsidy programs.”

In April, 2015, the Southern Africa Beating Famine Conference (www.beatingfamine.com) convened a special event to to share and discuss the vision and ideas surrounding the initiative, discuss the best approaches to developing the initiative, and to encourage participation in the planning activities to carry the agenda forward.

The key activities envisioned to assist countries in linking their FSPs with the scaling-up of fertilizer tree technologies for soil fertility are:
· Policy analysis and formulation, and policy support to national FSPs in creating links to the scaling-up of fertilizer tree technologies
· Providing technical support to COMESA Member Countries interested to develop EverGreen Fertilizer Subsidy models adapted to their unique conditions.
· Research on the development of EverGreen Fertilizer Subsidy models, pilots and programs suited to the unique contexts of each interested Member Country, including appropriate incentives to accelerate adoption and integration of fertilizer trees and mineral fertilizers.

A number of countries have expressed interest in getting engaged in the initiative. Efforts are now under way to set up the mechanisms to support them and to strengthen the ability to provide support to many others. For more information on the development of the initiative, and to get engaged in it, contact Dennis Garrity at d.garrity@cgiar.org