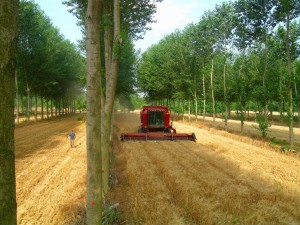 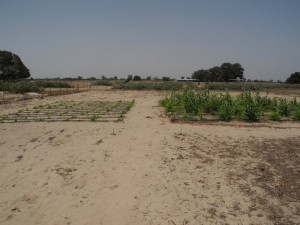 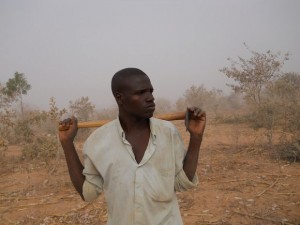 Integrating trees in agricultural systems helps rural communities adapt to climate change, mitigate its impact and improve their livelihoods. Particularly for farmers in the Sahel, trees growing on agricultural land play an important role: they do not only prevent soil erosion but provide a wide range of services such as food, increased soil fertility, and fuel wood.

Taking up on the various benefits of trees and to counteract a trend of environmental degradation since the 1970s, non-profit organizations promoted the cultivation and active regeneration of trees on degraded land. This method of restoring degraded lands to regain their health and productivity is known as Farmer Managed Natural Regeneration (FMNR). FMNR is a low-cost land regeneration system as it is based on managing the regrowth of living tree stumps that constitute a vast “underground forest” that is ready to grow.

Several studies conclude that FMNR may have contributed not only to a remarkable rise in vegetation greenness or “re-greening” of the Sahel, but also to improvements in agricultural productivity and environmental conditions. Testimony from FMNR experts and farmers across the Sahel region where FMNR is being implemented shows that FMNR has social and environmental benefits. It has impact on tree cover and diversity and availability of tree products which provide income through sale, and impact on-farm yields through soil improvement and protection.

FMNR is now being considered as a promising climate-smart agricultural practice that represents an affordable means of enhancing rural livelihoods as well, and may contribute to climate change mitigation by sequestering subtantial amounts of carbon in tree biomass and soil in addition to conserving biodiversity. Despite the potential relevance of FMNR as an efficient way to contribute to climate change mitigation and livelihood, there has been so far no attempt to substantiate anecdotal evidence with factual data provided by field-based experiments.

CGIAR Research Program on Climate Change Agriculture and Food Security (CCAFS) launched a series of research activities to respond to this lack of evidence necessary for the acceptance of the benefits of FMNR by development research communities. The research is being implemented by a team of researchers from the Center of International Forestry Research (CIFOR), the World Agroforestry Center (ICRAF), the International Crops Research Institute of the Semi Arid tropics (ICRISAT) and Institute of Meteorology and Climate Research /Karlsruhe Institute of Technology and the National Institute of Agronomic Research of Niger (INRAN) at the Climate-Smart Village in Fakara, Niger. 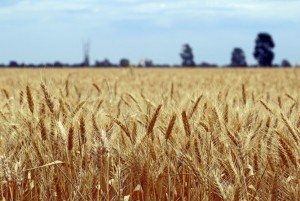 There are three main reasons why the productivity of existing farmland will need to dramatically increase in the next 40 years.

So, how are we likely to deal with the challenge?

There is a gap between present farming yields and the increased yields that could be achieved from applying good agronomic management. Closing this gap is called “reducing yield or productivity gaps”. We know that reducing productivity gaps alone is likely to help us meet nearly half of the required demand by 2050.

Lifting agricultural productivity and food supply were listed as key practical actions by the G20 leaders when they met in Brisbane last year.

Supporting food security and economic growth in low-income countries is a way to generate opportunities for investment and trade globally, such as “aid for trade”.

For example, economic growth in Africa was set to reach 5.2% in 2014 with rising investment growth in natural resources and infrastructure, and strong household spending.

But increasing land and water productivity should not come at the expense of the environment or people’s sources of livelihoods, both human and natural.

In recent years there has been significant movement toward land acquisition in developing countries to establish forestry plantations for offsetting carbon pollution elsewhere in the world. This is often referred to as land grabbing.

These carbon trading initiatives work on the basis that forestry plantations absorb carbon dioxide and other polluting greenhouse gases. This helps to undo the environmental damage associated with modern western lifestyles.

But are carbon markets – and the feel good stories that have sprung up around them – all just a bit too good to be true?

There is mounting evidence that forestry plantations and other carbon market initiatives severely compromise livelihoods and ecologies at a local level. The corporate land grabs they rely on also tend to affect the world’s most vulnerable people – those living in rural areas.

But such adverse impacts are often written out of the carbon market ledger. Sometimes they are simply justified as ‘externalities’ that must be accepted as part of ensuring we avoid climate apocalypse.

Green Resources is one of a number of large-scale plantation forestry and carbon offset corporations operating on the continent. Its activities are having a profound impact on the livelihoods of a growing number of people. Norwegian-registered, the company produces saw log timber and charcoal in Mozambique, Tanzania and Uganda. It receives carbon revenue from its plantation forestry operations.

In Uganda, the focus of our research, Green Resources holds two licenses over 11,864 hectares of government-owned, ‘degraded’ Central Forest Reserve. Historically, villagers could access this land to grow food, graze animals and engage in cultural practices.

Under the licensed land agreement between Uganda’s government and Green Resources, more than 8,000 people face profound disruptions to their livelihoods. Many are experiencing forced evictions as a direct result of the company’s take over of the land.