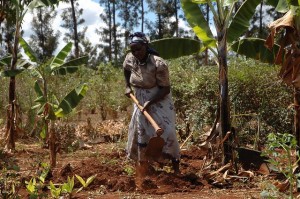 European Union leaders have been wrestling in recent weeks with the surge of the “boat people,” tens of thousands of refugees from Africa and the Middle East crossing the Mediterranean in overloaded boats in the hopes of finding a better life. Many of these migrants died during the journey.

Refugees like the boat people are fleeing poverty and the loss of their livelihoods in the wake of political instability, conflicts and more deeply rooted issues like land degradation and food insecurity. While media reports have focused on the political crises, rural communities in the drylands of the Sahel, the Horn of Africa and Syria face crop failures linked to declining soil fertility and droughts.

As European leaders respond to the refugee crisis, it would be good to consider more than a military crackdown on migrant smugglers, increased surveillance of illegal migrants or allocation of additional resources for resettlement. The situation provides an opportunity to think deeply about what can be done to alleviate underlying, systemic problems of degraded land and food insecurity in the countries of origin. A new WRI report shows that a new “green revolution” in Africa could be a solution