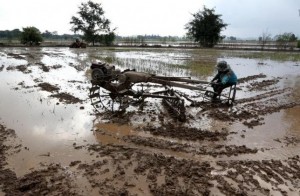 Developing countries can boost food production while reducing planet-warming emissions from agriculture, given the right technologies and financial support to put them into practice, researchers said on Monday. Wealthy governments and other donors need to invest more to reduce carbon emissions stemming from agriculture, said a study issued ahead of U.N. climate talks in Paris next week.

Researchers analysed 160 national climate action plans submitted ahead of the summit, which is due to agree a new deal to curb global warming, and found 80 percent included agriculture in their efforts to cut emissions. Nearly two-thirds noted agriculture’s importance in strategies to adapt to more extreme weather and rising seas, despite being short on detail, the study added. But agriculture is absent from the main draft text for a new U.N. climate deal, signalling a major disconnect between country planning and global-level policymaking, according to the international CGIAR research programme on climate change, agriculture and food security.