Every year, the UN Environment Programme (UNEP) brings together scientists from around the world to measure the size of the greenhouse gas (GHG) “emissions gap,” the difference between the emissions level countries have pledged to achieve under international agreements and the level consistent with limiting warming to well below 2 degrees C (3.6 degrees F). That benchmark exists because warming above 1.5-2 degrees C would bring increasingly catastrophic impacts. (Learn more in our post describing the world’s “carbon budget.”)

So what does the Gap Report show for 2017? These five charts explain.

In 2016, global GHG emissions were about 52 gigatonnes (Gt CO2e/year). Total global GHG emissions have roughly doubled since 1970, and have grown dramatically even since 2000. Carbon dioxide emissions from fossil fuel combustion, cement and other processes contribute the most, around 70 percent of the total.

Encouragingly, the growth in global emissions in 2015 and 2016 is the slowest since the early 1990s (except years of global economic recession), and global CO2 emissions from fossil fuel use and cement production remained stable in both 2015 and 2016.  However, it remains to be seen whether these trends will be permanent. 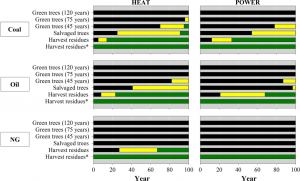